A1  2.50 A narrow straight channel passes through the center of a fixed cube with a side \(a\). The cube is uniformly charged, the charge density is \(\rho\). The distance from the cube center to the point of intersection of the channel and a face is \(L\). In the channel there is a particle of a mass \(m\) and a charge \(q\). Find the period of small oscillations of the particle near the center. The gravitational interaction of the particle and the cube can be neglected. The cube and the particle are oppositely charged. 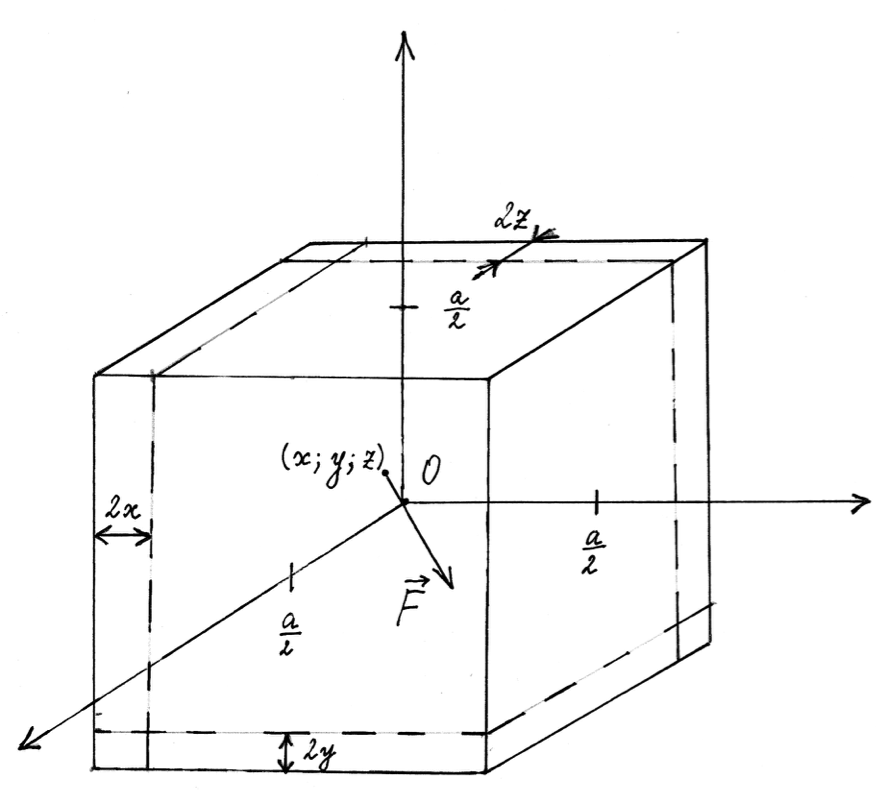